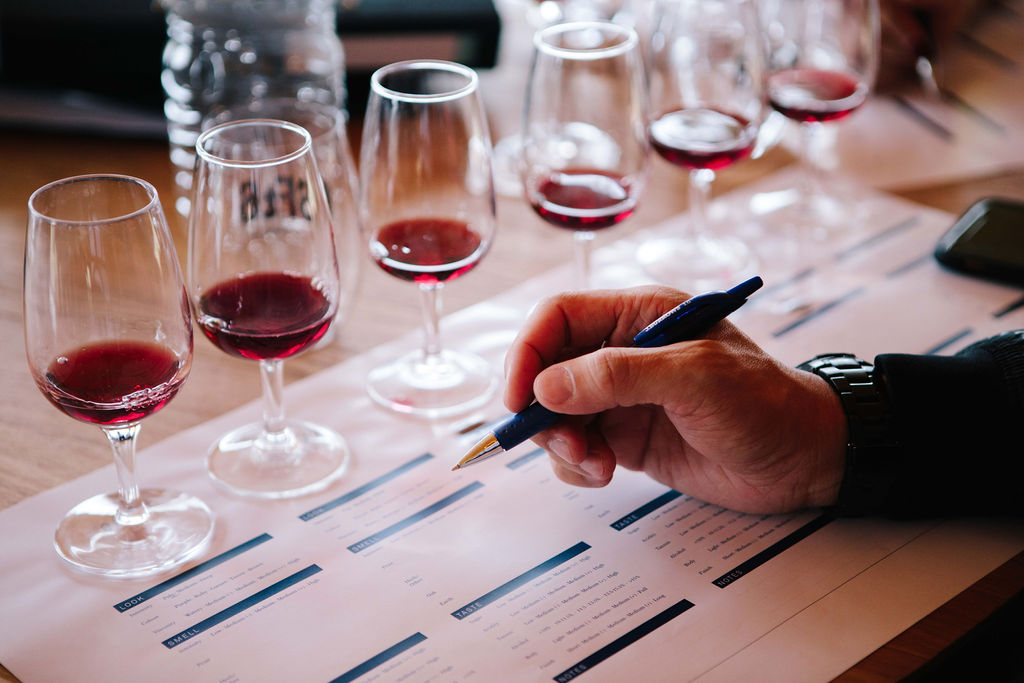 What do hunting polar bears in the Arctic Circle, rock climbing in full drag, and winemaking all have in common?

It’s no secret that you’re more likely to meet like minded people when you’re doing something particularly niche.  What do hunting polar bears in the Arctic Circle, rock climbing in full drag, and winemaking all have in common?

Obviously, these are all activities that attract a… certain type of people.

No matter whether you’re an AFL player, a government worker (*cough* spy *cough*), a chartered accountant or a part-time kidswear designer who moonlights as a social media marketer and wine writer; being passionate enough to drop 2K on a year-long winemaking course is something that’s going to bring you together.

Here’s the run down on the first Rent a Vine workshop.

Nametags on, lifetime friendships already starting to form (the welcome Prosecco probably didn’t hurt either), the first workshop of Austin’s inaugural Rent a Vine program kicked off with an overview of the winery itself.

Started by Pamela and Richard Austin in 1982 in Waurn Ponds with just 5-acres, Austin’s has now grown into its current 1200-acre site, known as Greenbanks, in Sutherlands Creek, a working farm incorporating 150 acres planted with Vitis vinifera (that’s wine grapes to the uninformed), 90 acres of which is pinot noir.

The stories Pamela tells, of selling wine to some of the top restaurants in Australia in Austin’s early days, emphasise how much the wine industry in Australia has grown and changed in the last thirty-odd years – but, it also hammers home the one thing that will never change – this is an industry that’s all about people and relationships.

And if a couple of British ex-pats, a qualified fermenting expert and a self-proclaimed word nerd can’t form some kind of lasting relationship over 12 months spent tasting and picking and pruning and crushing and bottling…  who can?

Wine brings people together.  This fact is inescapable. 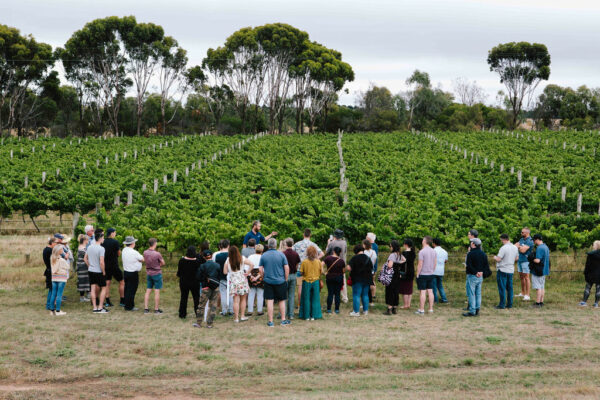 Next, Duncan Lowe, Austin’s Winemaker (and personal winemaker to the Rent a Vine masses!) goes into some detail about pinot noir itself.

So why exactly would anyone in their right mind commit 60% of their vineyard to the “heartbreak grape” (no exaggeration – pinot noir is “lovingly” referred to as the heartbreak grape the world over)?

Well, because when it’s done right, pinot noir produces some of the finest, most complex, spectacularly drinkable wines in the world.  No pain, no gain.  No guts, no glory.  No song, no supper.  Fortune favours the bold.

And the Austin’s 6Ft6 Pinot Noir is the fourth highest selling pinot noir in Victoria.  So they must be doing something right.  I can’t help but think this bodes well for the fruits of our labour…

Anyway, after some curly crowd sourced questions and a gourmet, locally sourced, carb-filled lunch (with plenty of Austin’s finest on free pour), the real fun began… Personalised wines were promised, and personalised wines Austin’s shall deliver.  Barrel tastings from the 2019 vintage of single clones, contrasted oak varieties (old vs new) and varied pick dates (early vs late harvest) were the order of the day, and as forty-five wannabe winos swirled and sniffed, and sniffed and sipped, a deeper understanding of how wines are blended began to become apparent.

In case you weren’t aware – pretty much all wines are blended.  In Australia, the regulation states that a wine must contain at least 85% of the variety it’s labeled as, but even if your bottle does contain 100% juice from pinot noir grapes, it will probably contain a blend of clones, fermenting techniques, oak influences, sites and ripenesses.

There is a lot more to this winemaking business than meets the eye #respect.

Tours of the vineyard were given, more wine was consumed, supplies for future workshops were handed out (anyone want to take a guess what the secateurs are for??), and further curly questions were answered – but it has become obvious that the more we learn, the more questions we will have…

Let’s see what a year’s worth of winemaking workshops can teach us.

Eli is a trivia nerd, wine tragic, lover of BBQ shapes and occasional undercover Christmas Elf.  Eli’s participation in the first ever Austin’s Rent a Vine program doesn’t come as even a little bit of a surprise to anyone who knows her, she loves a tipple and is not one to do anything by halves.