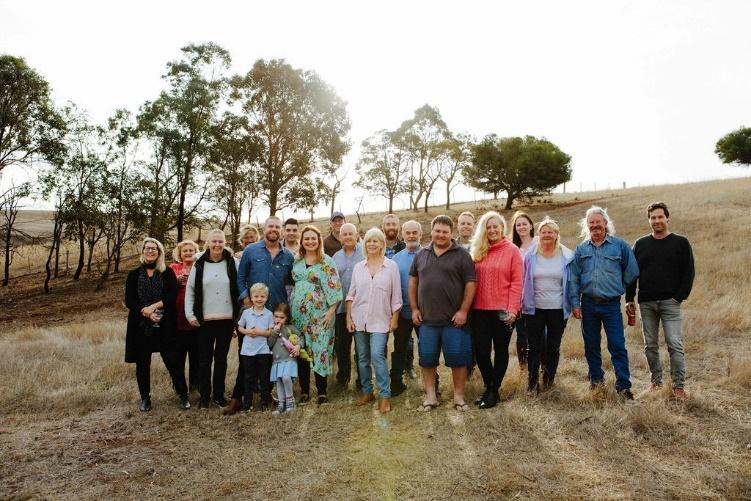 As 2019 quickly comes to a close, we reflect on the year it’s been and prepare for another big year in 2020. We certainly don’t do things slowly at Austin’s, although this year has been a year full of preparation for a couple of exciting projects to finish off the year.

Around the Grounds at Austin’s 2019

Vintage was a fast and furious one in 2019, with only 368mm of rainfall since the 2018 vintage, it was a tough and challenging season and meant our team worked tirelessly to continue with the swift rate of ripening. The low winter rainfall meant soil moisture was relatively low leading into budburst, reducing Spring vine growth and consequently, yields, which were down 20 per cent on previous seasons.

By mid-March all fruit was in the winery and either fermenting or finished fermenting and packed away. Despite the heat and dry climate, we still expect some elegant wines to emerge this year; a testament to a well-managed vineyard in a perfect location for grape growing.  In total, 230 tonnes of fruit were crushed in 2019 and currently 2020 yields are promising. For more about the 2019 vintage, read our blog post here.

After our biggest and final warehouse wine sale in June, we successfully sold out of all Austins & Co. wines in preparation for the launch of the Austin’s rebrand – a project that we had been working on behind the scenes for the past two years. With an experienced team of marketers and designers at our side, consisting of Sydney design agency, Co Partnership and Geelong Marketing agency, Passionfolk, we launched our new brand to trade in October and to the public not long after that.

The rebrand came about after much consideration and strategic thought to ensure our Austin’s wines were rightly positioned in the market, but also give the branding a facelift to reflect the increase in quality within the bottle too. Our new Austin’s brand can be purchased online, onsite at our events and in independent stores across Geelong and the state. You can also find it being served on several wine lists, thanks to our loyal retailers and customers throughout the region.

Within this new Austin’s range, we introduced two new limited release products; a 2017 Cuvee and a 2018 Late Harvest Riesling to complement our core range, which includes Riesling, Chardonnay, Pinot Noir and Shiraz. To learn more about these changes, check out our blog post here.

Finally, and most excitingly, we launched our new Rent a Vine program – a hands-on, year-long winemaking experience for 50 exclusive members. Within one month of releasing places, more than 85% of places have been sold with only a few remaining. We have been so grateful for the positive response of the program and can’t wait to get started with our inaugural intake in 2020!

Across to 6Ft6, we continue to see this brand flourish across Australia, being enjoyed by a variety of people for all occasions.

In 2019, our Prosecco was picked up by 200 BWS stores across Victoria, which sees the screwcap top on this delicious semi-dry style of bubbles being embraced by even more people. We also sold out (in an overwhelming record-time) our Prosecco, Rose, Chardonnay and Sauvignon Blanc vintages, introducing new vintages into stores and via Cellar Door as quickly as we could. The Rose continues to be a crowd favourite too, closely followed by the 6Ft6 Chardonnay, which received a high score of 93 points from the Halliday Wine Companion.

We continue to see our 6Ft6 brand presence grow in-trade, which is supported by some key events throughout the year.

The Portsea Polo sees more than 6,000 people flock to the tourist town of Portsea, who, some would argue are more interested in the social scene than the horses themselves. For 6Ft6, it was our first year in partnership, reaching people far and wide via on-the-ground brand activations and awareness, and social awareness pre and post event. With another two years in our partnership, we can’t wait to see what 2020 and 2021 have in store.

The Royal Melbourne Show was another large event, which saw us reach a completely different crowd the 6Ft6 – families! With Frankie the caravan in tow, we served a range of wines and cocktails alongside food from some of Melbourne’s best street-food restaurants. The 10 day event was a huge success, meeting Melburnians and tourists alike.

6Ft6 also ventured to Melbourne with Frankie for Pinot Palooza – a Pinot Noir celebration like no other. Our team served both 6Ft6 and Austin’s wines, the first event to showcase our new 2018 Austin’s Pinot Noir!

Along with some major events for 6Ft6, we celebrated Toast to the Coast, Winter Shiraz Weekend, Geelong Wine Walk and Pinot Affair with our loyal Geelong customers both at the winery and off-site. We had four weddings at the winery and hosted a pop-up cellar door once a month in preparation for the launch of our permanent Cellar Door in 2020.

We also hosted our last ever warehouse wine sale, which saw more than 500 people visit the winery to stock up on their favourite wines until they’re gone forever.

From the family and team at Austin’s

Aside from the hustle of business life, the Austin’s family has been busy personally too. In July, Huxley Austin entered the world at 3.4kg, joining big brother and sister, Spencer and Delilah. Spencer started school in 2019 and Delilah celebrated her 4th birthday! Scott trekked to Kokoda with the Kokoda Youth Program and finished his tenure as President of Wine Geelong.

Pam and Richard travelled to India together, and Richard made his way to Antarctica – a once in a lifetime travel experience.

Jon, our Melbourne Sales Representative, welcomed a beautiful baby boy, Jayden into the world and Kane settled into his new home, where he’s taken on the role of Head Gardener and somehow manages to take home the reject off-cuts from Austin’s (sneaky).

Kamahl made a trip back to his homeland of New Zealand and his twin girls finished their first year of school.

Rhi was married in February on a hot 40-degree day and is now expecting their first child, due in February 2020. She is also excited for the upcoming hot summer days over the next couple of months (please note slight sense of sarcasm!).

Craig purchased a vineyard of his own (just across from Austin’s) and is now not only Vineyard Manager of Austin’s but of his own vineyard too. He is the Captain of the Maude CFA and seems to never sleep!

John and Denise travelled to Fiji and celebrated John’s son’s wedding in April – their wine list was the envy of every bride and groom.

We also welcomed, Shaun to our Sales team in Melbourne and Alana as our Head Gardener at Austin’s.

As we look forward to closing out 2019, we’d like to thank you all for your support throughout the year and will hopefully see you all at the winery in 2020!