Early bird offer - Use code Rent10 for 10% off Rent a Vine. Dismiss 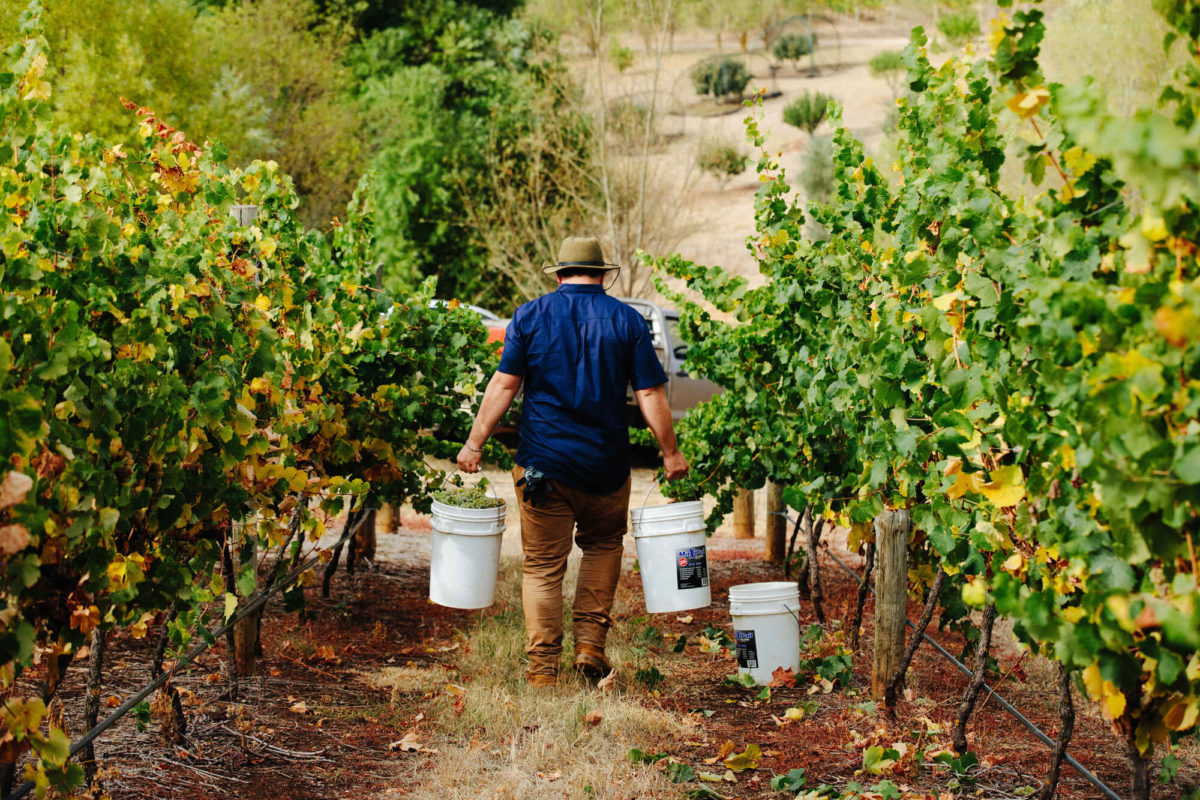 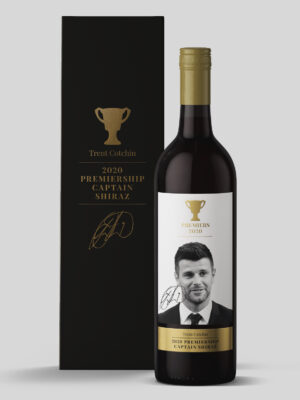 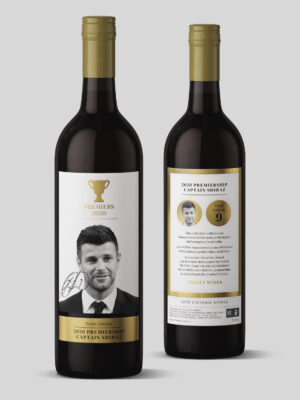 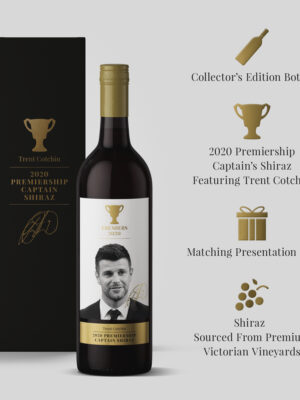 Only 100 available. This exclusive limited edition collectors wine is hand-signed by Trent Cotchin.

In recognition of Trent Cotchin’s exemplary leadership and performance in leading Richmond to one of the most historic premierships in Australian Rules Football history.

There are only 100 available of this hand-signed collector’s edition wine.

This wine honours remarkable team performance and exemplary leadership. 2020 will be remembered as one of the most extraordinary premierships of all time.

In a season where the utmost perseverance determined the best of the best, Trent Cotchin led Richmond to one of the most historic premierships in Australian Rules Football history.

A Brownlow medallist and a three time Premiership captain and a three-time Richmond Best & Fairest Trent Cotchin has made a profound mark on the legacy of the Richmond Football Club.

Beginning his football career in 2008, Cotchin was drafted with pick 2 by the Richmond Football Club in the 2007 NAB AFL Draft debuting in round 8 the following year against Geelong where he collected 16 possessions and kicked two goals. In his debut year, Cotchin finished 3rd in the AFL Rising Star award.

Despite playing some consistent football in his second year, the 2009 season was struck short for Cotchin due to injury and managed to play only ten games. The 2010 season saw Cotchin elevated to the leadership group where he averaged 19.5 disposals in his 17 matches.

His first uninterrupted pre-season saw Cotchin launch into 2011 and become a consistent performer for the Tigers. His efforts in 2011 awarded him with his first Jack Dyer Medal (Richmond’s best and fairest) whilst he collected 15 Brownlow votes. Cotchin took another step in 2012 to solidify his reputation amongst the AFL’s elite. Averaging 29 disposals and kicking 22 goals Cotchin capped off the season with another Jack Dyer Medal, an All-Australian team appointment and managed to finished second in the Brownlow Medal. In late 2016 Cotchin was announced the joint winner of the AFL’s most coveted award with Sam Mitchell following Jobe Watson’s decision to relinquish the medal following the Court of Arbitration for Sports decision in relation to the Essendon supplements saga. Cotchin was named Richmond’s captain ahead of the 2013 season and has since brought his outstanding leadership qualities to the role. As Captain Cotchin led the Tigers to their first final in 12 seasons.

Cotchin’s football continues to maintain consistency winning a third Jack Dyer Medal in 2014 and top 10 finishes in 2015 and 2016. The 2017 season saw Cotchin lead Richmond to their first AFL Premiership since 1980. Captained by Cotchin, Richmond completed a monumental turnaround from their 13th placing in the 2016 season to producing the game’s best football in 2017. Two years later Cotchin elevated himself into Richmond folklore, once again leading the Tigers in their 89 point victory in the 2019 Grand Final over the GIANTS. With a 2020 Premiership win, Cotchin is now a three-time Premiership captain.

When will the wine be dispatched?

When will the wine be sent?

This is a pre-order product and production will be confirmed once the Premiership Captain is confirmed, we will then progress with production of the labels and cartons. We expect that the premiership captain will be able to sign the bottle by January 2021 and upon signing, the wine will be dispatch. If there are any delays outside of our control we will update the purchasers with this information.

This Captains Premiership Shiraz will be sent out as soon as production is completed. You will be notified by email when the bottle is sent and a tracking number will be given.

How much does it cost?

When will it arrive?

If your order hasn’t arrived within this time frame, please contact us so we can chase it up for you.

* In warmer months we will not dispatch orders on Friday to avoid heat issues with wine during transport. During sale times please allow 48 hours for dispatch. 24 hours refers to next business day.

There are no returns on this Captains Premiership Shiraz unless the product is faulty. If the product does not arrive to you in its original condition, please take photos of your package  and email to us with your order number. We can then send out a replacement.

How long can the wine be cellared

How long can you cellar the wine?

This Shiraz is aged in french oak barrels, it can withstand cellaring time in the bottle. We suggest drinking by 2030.

There is 100 hand-signed bottles and up to 10,000 collectors edition bottles available. 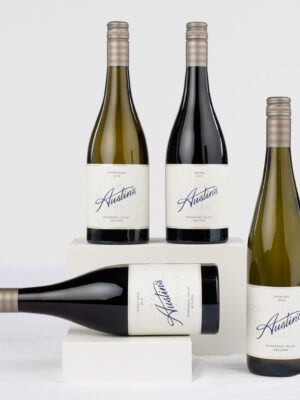 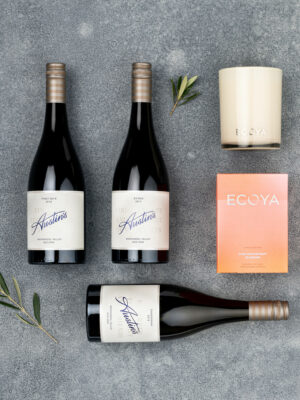 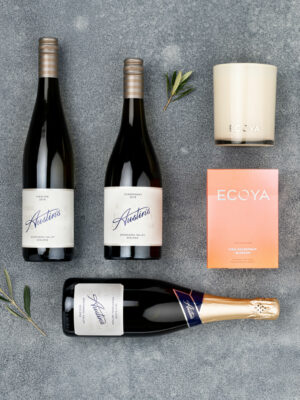 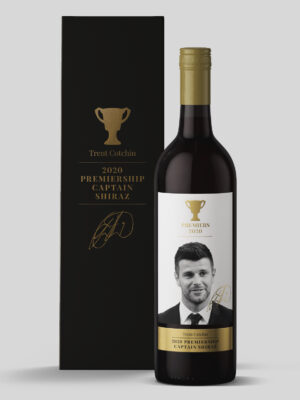 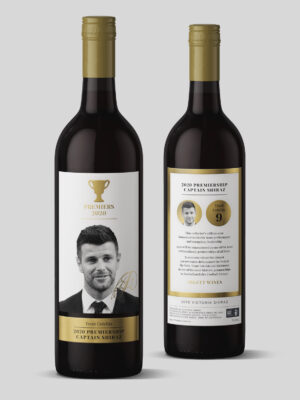 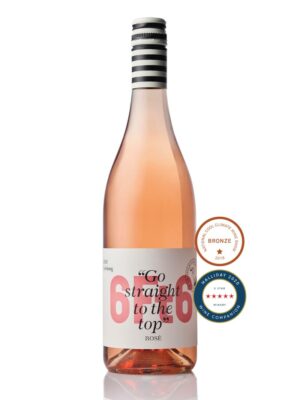 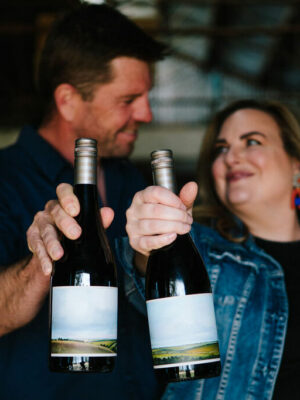 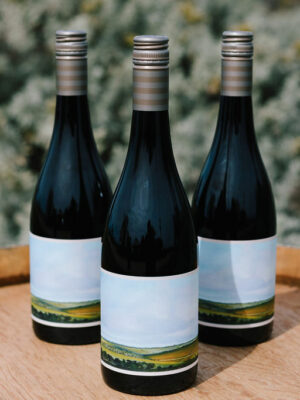 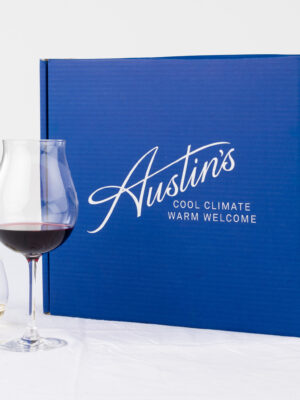 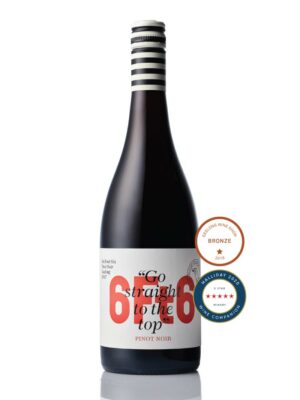